Holy shit you guys. I believe, there is an office scandal happening at my job. I think there is a love affair going on between two fellow employees who shall remain totally nameless until they are SPRUNG! Just kidding, they shall remain nameless, mainly for the fact that I do not want to get in trouble either.

The day before yesterday, a 30-something year old male colleague of mine received a small bunch of flowers with a short little note that contained the word “sexy” and was signed by “secret admirer”. He kept it no secret, he actually called his wife and it turns out she didn’t order them for him. What my fellow partners in crime found out was that they were ordered from a flower shop just up the road from the office. There also happens to be a pretty little thing in the office that wanders around the joint like god himself placed her down on this checkerboard he calls earth. She also isn’t happy unless she is bossing someone around, did I also add the sound of her laugh you can hear from a mile away, it actually once got mistaken for a stampede. And she has a voice that could cut through glass. It is also clear that this pretty little thing has a crush on the 30-something year old male colleague of mine. We all know suspect that she was the one who sent the flowers to him. She was trying to play it off throughout the afternoon. I had to contain myself by wearing a Mexican sombrero over my face for the rest of the day.

Ima keep you all updated on this matter as much as I’m going to keep myself updated. I’ll be watching very closely. 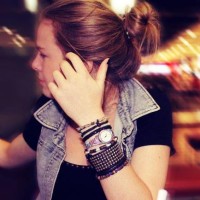 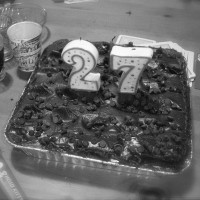 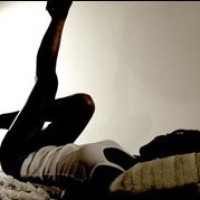